The eLearning and Mobile Learning Lessons of Pokémon Go Whether you love it or are mystified by it, there’s no denying that the pop culture impact of Pokémon Go has been immediate and staggering, becoming the most popular mobile game in history within barely a week of its July release.

While it’s a bit of a stretch to call Pokémon Go a learning game, there are nevertheless a number of important lessons that instructional designers and eLearning developers can glean from Pikachu and friends. Gamification and mobile learning are among the hottest topics in L&D today, and there are a number of training takeaways inspired by Pokémon Go.

But first, in case you’re not among the 500 million people who have thrown a virtual Pokéball, here’s a quick, high-level primer. Pokémon Go uses geolocation technology to make the real world the setting for the augmented reality game. Players visit real-world checkpoints (called Pokéstops) to collect in-game items and to virtually battle with other players, and they can find and catch Pokémon by wandering around. Some Pokémon are rarer and more powerful than others, and players can power-up and “evolve” their virtual beasts by catching more of them and winning battles. If that all sounds like gibberish, this video should help clear it up.

With that out of the way, let’s get to it: What eLearning design inspiration can instructional designers, eLearning developers, and other learning professionals take away from this wildly popular mobile game?

Place it in the Real World

Yes, we’re talking about a digital game in which you pretend to throw nonexistent magical balls at fictional creatures, and then those fictional creatures engage in simulated battle. Fantastical premise notwithstanding, Pokémon Go exists in the real world—users have to interact with their surroundings, as well as other people, lending it a degree of realism that most other video games simply can’t match.

It’s a basic but easily forgotten lesson that instructional designers are wise to mind: the training has to maintain a strong connection to the real world. Illustrate the content’s relevance and applicability to the job. You might even consider requiring completion of a real-world task in order to progress. Mobile learning developers could take a page from Pokémon Go’s augmented reality feature, merging virtual and real content on the device’s screen.

Design it to be Flexible

Pokémon Go is designed to be equally playable in quick momentary spurts or over the course of several hours. A user could pull out their phone and play for two minutes at a bus stop, just as easily as they could go on a seven-mile hike with phone in hand. That versatility keeps it top of mind for fans and makes it an option for just about any period of downtime, no matter how brief.

This flexibility that allows the game to occupy any amount of time is a particularly valuable consideration when designing training for retail workers or mLearning in any industry—a 30-minute training that can be taken seamlessly over the course of six 5-minute sessions is far less burdensome than one that has to be taken all at once.

Appeal to All Types of Game Players 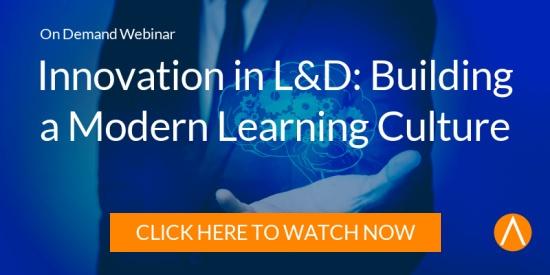 When it comes to games, researchers have found that there are four broad categories of players:

In this context, it’s easy to understand Pokémon Go’s mass appeal—the game has something for each type of gamer. Achievers can spend time earning “medals” for accomplishments and attaining higher levels. Competitors focus on winning battles. Socializers can team up with friends (and strangers!) to take down rival “gyms.” And for Explorers, the game is a veritable Easter egg hunt that never ends.

The obvious takeaway here is that when incorporating gamification into eLearning, aim to include components that appeal to each of the four types. But there’s a second, less obvious lesson: design the training in such a way that the user needn’t necessarily engage in aspects they may not enjoy. Explorers may have little interest in competitive components, just as competitors could care less about seemingly aimless discovery, but all must master the core objectives of the training course. Give the user multiple avenues to interact with the content, without forcing paths that run counter to their basic motivations.

Incorporate Gratification, Both Instant and Delayed

One thing most great games have in common is that they offer equal parts instant and delayed gratification; Pokémon Go does this as well as any of them.

To keep users engaged for any length of time, a game needs to have long-term objectives to work toward, but it also needs quick rewards and intermediate accomplishments to keep players from becoming discouraged or bored. In the world of Pokémon Go, items collected at Pokéstops and the Pokémon captured in the wild serve as frequent motivators, while associated quests—evolving Pokémon, leveling up, and earning medals—can take weeks and months to accomplish. As with anything in life, the more difficult a task, the more satisfying its completion is.

Of course, the people who enjoy difficult eLearnings for their own sake are few and far between. However, that challenging training program becomes more palatable when it’s interspersed with frequent, achievable milestones and rewards. For long-term motivation, provide a big-picture view of overall goals and potential rewards.

Give Them a Map

The Pokémon Go app displays maps of the real world that show players where they are as they move through the real world. As they wander about capturing creatures, they have the safety net to ensure they won’t get completely lost. The app’s map also provides hints in the form of rustling leaves that indicate wild Pokémon available to capture. Give your learners this same safety net, providing progress bars, curriculum maps, icons for additional information, and other visual clues as to where they are in their learning, and resources to use if they get lost.

Here’s one last Pokémon Go lesson that learning professionals can take to heart: even the most wildly popular mobile game in history still has millions of people who refuse to play it and think it’s stupid. Keep that in mind next time you feel frustrated that your training deliverable doesn’t receive 100% adoption, or you find out that it’s just not resonating with some users.

Training 2022 Recap – Allow Us to Reintroduce Ourselves